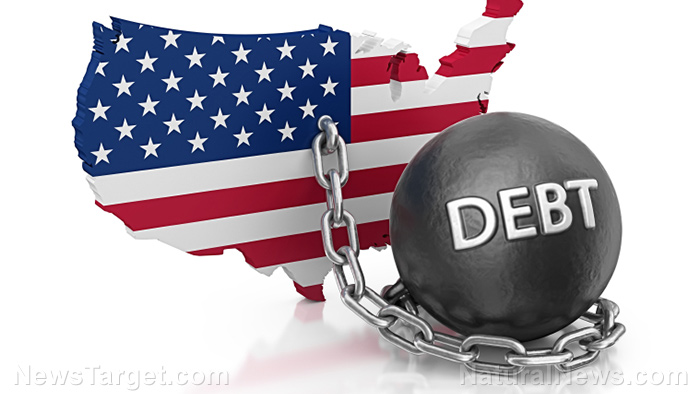 Back in 1882, a wise man named James Lendall Basford noted that “a man in debt is a man in chains.” If that is true of an individual, what should be said for an entire nation in debt to the tune of 21 trillion dollars? Shockingly, that is exactly true of the United States today. And it gets worse: While the national debt has reached 21 trillion, when all forms of American debt are calculated, that figure escalates to a staggering 70 trillion dollars.

As reported by The Economic Collapse Blog, many people are laboring under the misapprehension that the country’s financial woes are a thing of the past, that the terrible effects of the 2008 financial crisis are no longer being felt, and that America is once more on its way to being great again.

While there has certainly been a marked upswing in the economy of late, it is simply not sustainable to have the country’s national debt continuing to grow at a rate that outpaces its growth in gross domestic product (GDP).

As the Economic Collapse Blog notes:

Many people seem to believe that the debt imbalances that existed prior to the great financial crisis of 2008 have been solved, but that is not the case at all.  We are living in the terminal phase of the greatest debt bubble in history, and with each passing day that mountain of debt just keeps on getting bigger and bigger. …

[T]hose that are forecasting many years of prosperity to come are simply being delusional. Our current standard of living is very heavily fueled by debt, and at some point we are going to hit a wall.

Lending Tree, a loan comparison website, warns that consumer debt on non-essentials like credit cards, and personal, vehicle and student loans, is likely to reach 4 trillion dollars by the end of the year. That’s a startling 26 percent of the nation’s income – a figure that has increased from 22 percent since 2010. (Related: Investment expert warns that the economy is ‘ten times worse’ than in 2008 and will inevitably implode.)

We have never seen this level of consumer debt before in all of U.S. history. Just a few days ago I wrote about how tens of millions of Americans are living on the edge financially, and this is yet more evidence to back up that claim.

At the same time, corporate debt has doubled since the financial crisis. This means that even the slightest downturn in the economy could leave thousands of businesses high and dry. (Related: Why America will collapse into a third world country.)

The fiscal outlook for the United States “is not good,” according to Goldman Sachs, and could pose a threat to the country’s economic security during the next recession.

If we are to accept that those who are in debt are “in chains,” then we must accept that we are a nation enslaved, and drastic steps need to be taken as soon as possible to break free.

Learn more about the true state of the nation at Collapse.news.