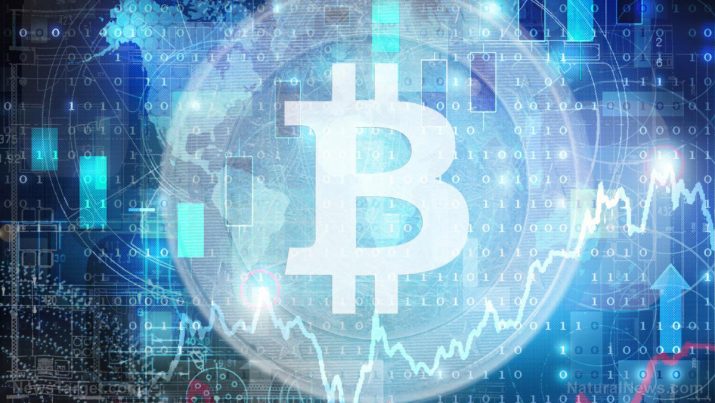 How high — or low — will Bitcoin go? That’s an intense matter of speculation among economists, geopolitical analysts, and of course cryptocurrency speculators and experts, but increasingly, predictions are generally negative.

At present, Bitcoin is undergoing incredible growth, having risen 335 percent this year, and gaining more than 15 percent within the past week. On Monday morning, the cryptocurrency was valued at $4,216; as of this writing (Thursday), Bitcoin closed at $3517.60.

However, one analyst who predicted an August correction of the cryptocurrency believes it will eventually drop to around $2221, as noted by Business Insider:

Sheba Jafari, the head of technical strategy at Goldman Sachs, wrote in a note sent to clients on Sunday that because Bitcoin was approaching her target of $3,691 (which it has since passed), an extension wave five of this move could take Bitcoin all the way up $4,827 before a correction pushes it all the way down to about $2,221.

Jafari isn’t alone in her prediction that Bitcoin will rise to near $5,000.

Arthur Hayes, CEO of BitMEX, a derivative exchange for the cryptocurrency, told media after last week’s implementation of the Segregated Witness (SegWit) software, which aims to improve the coin’s scalability to make it faster for transaction processing, “With SegWit implemented, I believe $5,000 Bitcoin is within striking distance.”

Jafari says that backers of the cryptocurrency should not get overly excited about that prediction. Once the coin reaches a value of about $4,827, she says it’s very likely to bottom out to her predicted level of $2,221. Once the fifth wave is complete, Jafari sees Bitcoin losing as much as 38.2 percent of its value, which would certainly put it below $3,000.

“At this point, Bitcoin would have to move back under 2,935 (Jul. 21st high/top of wave 1/V) to signal that a top is already in place,” she wrote in her investor note.

Actually, China may have a lot to say about Bitcoin’s eventual floor value, as Natural News founder/editor Mike Adams, the Health Ranger, notes in a recent column:

Bitcoin cultists who believed they had discovered a perpetual money generation shortcut that bypassed the laws of economic reality are suddenly shocked to discover that governments can regulate Bitcoin out of existence. In fact, it looks like China is beginning to accomplish exactly that.

Adams, citing CoinDesk, noted that Bitcoin exchange BTCC, based in Shanghai, is set to close its China-facing trading operations at the end of September. (Related: Jim Rickards channels the Health Ranger: Globalist banks will destroy Bitcoin.)

“In statements on Twitter and on China-language social media,” the site notes, “the oldest cryptocurrency exchange platform in the world’s largest market said it would immediately stop onboarding new users, but that its mining pools and international exchange would continue to operate normally.”

Analysts see this as the beginning of Chinese moves toward adopting broader efforts to cut back on domestic cryptocurrency activity that may even include, reportedly, a complete ban on domestic Bitcoin exchanges.

That, in part, led to a plunge in Bitcoin prices of about 25 percent, Adams reported, citing MarketWatch, a loss of about $27 billion in just a few hours.

Mohamed El-Erian, chief economic adviser at Allianz Global Investors, told CNBC that he believes the coin could lose one-third to one-half of its value.

“The current pricing assume massive adoption, and I don’t think governments will allow the amount of adoption that’s currently priced in,” he said earlier this week.

Bitcoin has other detractors too, including JPMorgan Chase & Co. Chief Executive Officer Jamie Dimon, who has called it a “fraud” and has said he would fire any employee he caught trading in Bitcoin for being “stupid.”

If he caught a JPMorgan trader dealing in Bitcoin, “I’d fire them in a second. For two reasons: It’s against our rules, and they’re stupid. And both are dangerous.”

J.D. Heyes is a senior writer for NaturalNews.com and NewsTarget.com, as well as editor of The National Sentinel.