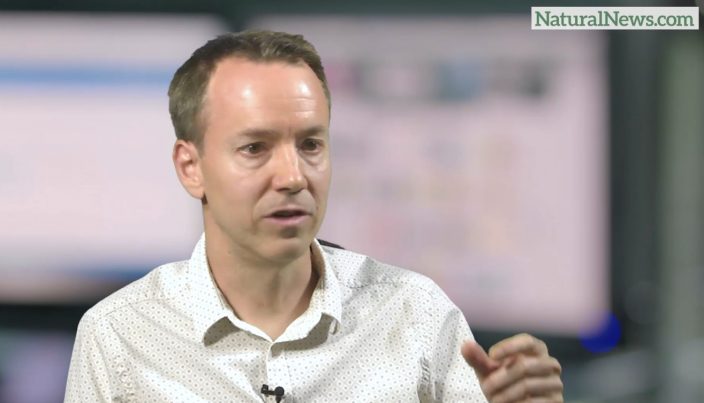 In case you missed part one of our Kevin Lawton interview on Bitcoin and cryptocurrencies, you may want to go back and watch it.

Today, we publish part two of the interview, covering all the following topics:

– How Ethereum works, using “Ether” fuel to pay for the running of small programs across the Ethereum network.

– The shocking truth: Nearly all programs (Smart Contracts) running on Ethereum are nothing more than code to create MORE cryptocurrency coins. There are virtually no real-world applications being deployed that might accomplish real tasks.

– “They are nothing more than a spreadsheet.” Despite all the hype about blockchain tech, so far the applications are little more than spreadsheets in the cloud.

– Why Bancor’s entire business model can’t work, even though it raised $150 million in an ICO. “There’s a failure built right into the mechanism.” Lawton says, “I don’t know a way this could actually be valid. It looks to me like this is essentially a planned failure.”

– There’s no upgrade path for smart contracts, so the code is highly vulnerable if code flaws are discovered.

– Why mining is obsolete, and cryptocurrencies that rely on mining cannot scale up and represent a wildly inefficient use of resources.

– Why Ethereum is plagued by bad coding practices and faulty “smart contracts.”

– How blockchain technology could revolutionize the logistics and shipping industries (but it doesn’t involve Bitcoin at all).

– Why cryptocurrencies aren’t working yet for micropayments, and why Bitcoin isn’t a good candidate for it.

– How tumblers and mixers work to “launder” cryptocurrency.

– Why the government of Venezuela seized control of Bitcoin in order to further enslave its population.

– Why people should watch out for cryptocurrency hype, scams and risk.

– Why most of the 900+ cryptocurrency coins now in existence will “go to zero.”

– Why cryptocurrencies are heavy with “bullsh#t” hype and only 1 in 10 does anything tangible.

– “Ignore all the current contenders” because the next big thing hasn’t yet emerged. The future of the blockchain will rely on nearly-free transactional efficiency.